of the North-South Skirmish Association 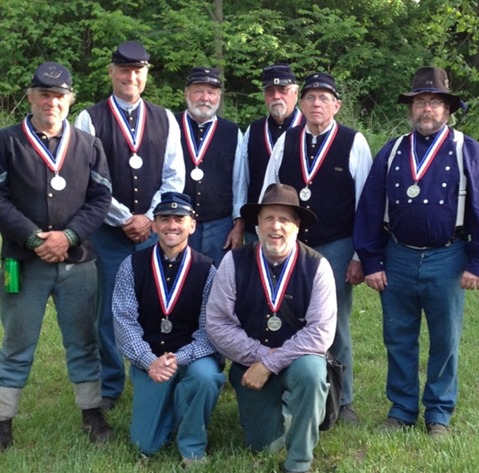 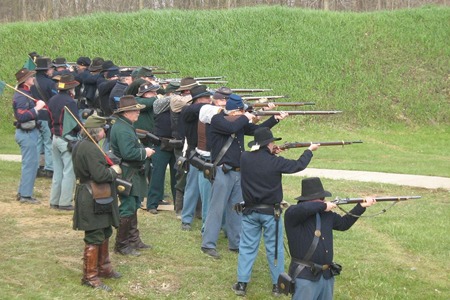 There can be a variety of team matches offered. Those matches offered are chosen by the host team but normally include Carbine Team, Smoothbore Musket Team, and Rifled Musket Team matches. In addition host teams may include Revolver Team and Repeating Rifle Team Matches. Most teams are made up of 5 people and they compete by firing at breakable targets as a team. Events vary in number and targets. Clay pigeons and ceramic tile are two of the basic targets used. Each team is timed to see who can break their targets the fastest. The team with the lowest total of time wins. 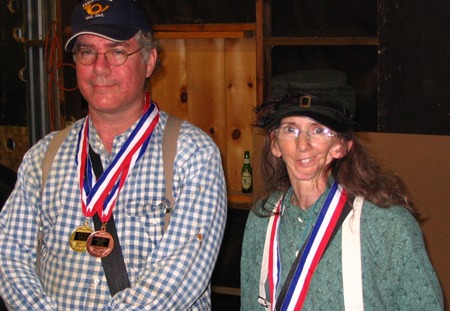 Individuals members fire singulary at paper targets using the various approved N-SSA firearms. The Western Region allows individuals to classify themselves into one of two classifications. Skirmishers can register themselves in any single or combination of events for a minimual cost per try or target. Normally 5 Shots per target are fired and the skirmisher with the highest score takes home the award.